Humvee Project continued
Next after this was dry brushing metal on the edges of any surface. This gives it a worn look, this baby has seen action! been abused and used to the fullest.
I didn't add any battle damage (yet), but more on that in some later postings

The Humvee is about 80% finished, I still have lots of small details to add, and some stuff to fix. Not least of all the pintle-mounted 50.cals (or m249's I haven't decided yet ...)

But its good enough to take pictures of now

Thank You!
Haradrel, thanks for posting this... the step-by-step pics make it easy to follow. I will be trying this shortly.

I plan on doing more of these how-to's/tutorials, I just need to find the time to sit myself down and paint/make stuff.

Keep in mind that the Humvee is only about 70% finished, there is still a lot of work to do! (which I will take pictures off).


I noticed that the lighter brown in the pictures appear way to warm, its not like that in real life. I'll try to get a few photos of it outside today in natural daylight to show you what I mean. (and if that doesn't work I'll do a 50/50 mix of the dark brown with the light brown and paint over it, only leaving the lightest brown at the further most edges (highlighting).
__________________
Arguing on the internet is like competing in the special Olympics - You may win, but you are still retarded

Well the painting hasn't gone any further yet, but I took a few snapshots outside in better light today (even though it was raining

Here you can see how the dry brushing really paid off on the rivets and bolts, as well as the edges.

and the last picture 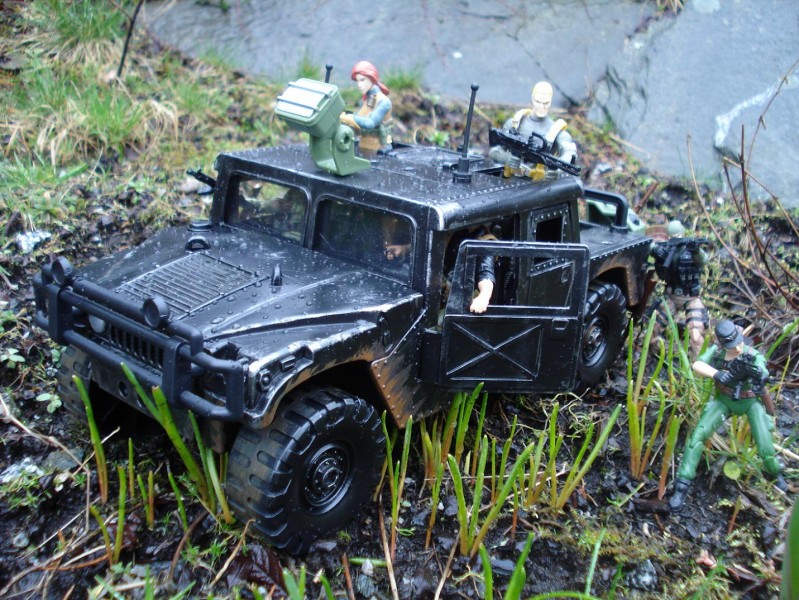 cool! thanks for sharing.